Jeff Bezos founded Amazon in 1994 out of his garage in Seattle and fast-forward 24 years, in 2018 Amazon made $230 billion in revenue. Here’s what you should know about the latest Amazon statistics and facts for 2021.

Started as just an online book store, Amazon is now one of the global leaders in eCommerce. Since it’s incorporation in 1994, Amazon has diversified its business in many different industries.

They are in everything from Gaming (Twitch) to Voice Recognition (Alexa) to Enterprise-Level IT Services (Amazon Web Services). And now, the founder Jeff Bezos has taken an interest in Space Exploration with his latest company Blue Origin.

Anyone who knows the Amazon brand knows that it’s big but most people have no idea just how big it is. In this article, we will try to answer the question of just how big Amazon really is.

Amazon sold 175 million items during its two-day sale event called Amazon Prime Day as reported by the company. The event was named after their premium subscription service called Amazon Prime which offers benefits such as free faster delivery on some items, access to Amazon Music, and Prime Video. The company also shared that the volume of the products sold during the event “saved” over a billion dollars for its subscription members.

Amazon sells globally in many countries around the world. Every month, over 206 Million people visit Amazon from around the world. That’s more than twice the population of Germany. For comparison, Amazon gets twice as many visitors as eBay, which gets 109 Million Visitors per month, and up to 4 times as many as Best Buy, which gets 55 Million Visitors per month.

Most Consumers Begin Their Online Shopping Searches On Amazon.

BloomReach, in a study, found that more than 55% of consumers start their online shopping searches on Amazon. If your business sells a product online, this makes a good case for why you should sell your product on Amazon too.

If you feel a little embarrassed every time you check price on Amazon before buying something, you shouldn’t because 9/10 consumers do it too. That’s almost everyone. Not only that, 90% of consumers first check and compare price on Amazon for products they found on competing websites.

Amazon’s revenue for the twelve months ending March 31, 2019 was $241.545 billion, a 25.03% increase year-over-year. Amazon annual revenue for 2018 was $232.887 billion, a 30.93% increase from 2017. The company generated most of its revenue from online sales of electronics and other products on the Amazon marketplace. The remaining revenue was generated by third-party retail seller services, its Amazon Prime subscriptions, Amazon Kindle, and Amazon Web Services. That’s at least 23 times more than their competitor eBay’s revenue last year which was $10 billion.

Amazon’s revenue would make it the world’s 51st richest country.

In 2018 Amazon made $232.887 billion in revenue. A country’s gross domestic product (GDP) is effectively its revenue. If Amazon was a country it would be the world’s 51st richest nation, just behind Peru, New Zealand and Greece, and ahead of Algeria, Iraq and Qatar.

Jeff Bezos, the founder of Amazon, is worth $131 billion and is the world’s richest man.

Jeff Bezos founded Amazon in 2004 out of his garage in Seattle. He remains the CEO of the company and owns a 16% stake in Amazon which alone is worth about $125 billion. The median US household income in 2018 was $60,336, meaning it would take a normal US household almost 1.5 years to make what Bezos makes in one minute.

In a 2017 survey of teenagers, over 40% said that Amazon is their favorite online shopping website — That’s almost half the kids surveyed.

No other online retailer in the survey came close to Amazon. That’s probably because Amazon offers the cheapest prices, the biggest range of products, and the most convenience. Nike and American Eagle came second in a tie — 5% of kids said they are their favorite site for each.

Amazon Reduced The Prices In Whole Foods By 43% After The Acquisition.

Amazon acquired Whole Foods in 2017 and cut the prices down by up to 43%. When you hear that number, you might think that it happened over a month or two.

You would be wrong – it happened on the very first day. This goes to show how much Amazon cares about providing the lowest price to the consumers. A 43% reduction means they are selling products for a margin of only a few cents more than the base price.

Third-Party Sellers Make More Than Half The Sales of Amazon’s Marketplace.

53% of all sales on Amazon come from third-party sellers on the marketplace. That is more sales than by Amazon themselves on their own platform. Third-Party sellers generated more than $9 billion dollars in revenue for Amazon in 2017. This number is predicted to grow in recent years as more and more third-party sellers are flocking to Amazon. Why wouldn’t they? Amazon is the name when it comes to online shopping.

Amazon Is One of The Biggest Online Advertising Sellers In The US.

It was estimated that in 2018 alone US Advertisers would spend over $4.5 billion dollars advertising on Amazon’s platform. These are the ads that sellers on Amazon buy to promote their own products in searches above the organic search results and the ads displayed on the product pages.

If Amazon’s advertising business keeps growing, in only a few years, they will be able to compete with the big two of the online advertising market, which is Google and Facebook.

Only 2% of Amazon Echo Owners Have Made a Purchase By Speaking To Alexa.

Amazon has sold over 50 million Amazon Echo products since its first release in 2015. Amazon’s Echo allows you to talk to Amazon’s voice assistant named Alexa. It is similar to that of Google’s and Apple’s. It allows you to check the weather, check the status of your Amazon orders, and even place an order via voice control. I don’t own an Alexa but I can’t imagine myself buying a product without being able to see what it looks like or seeing the customer reviews. Maybe that’s one of the reasons why people aren’t buying products through Amazon Echo.

If you don’t know already, Amazon Prime Video is Amazon’s video streaming service that they started to compete with Netflix and Hulu. They not only host some of the most popular third-party TV Shows but also continuously spend money producing their own original shows in dozens of languages. To compare, Netflix has over 250 million subscribers. That’s 10 times more subscribers than Amazon. It’s probably because Netflix has more choices in movies and programs to offer.

Amazon Employes Over Half a Million People.

Over Two Million Third-Party Sellers Sell Their Products on Amazon.

Although Amazon sells 12 million products of its own catalog. There are over two million third-party sellers that list their products on the Amazon marketplace.

Amazon Is One of The Most Valuable Companies In The World.

On Prime Day 2019, Amazon Prime Subscribers bought over 100,000 laptops and 200,000 TVs. In the United States, a lot of customers bought instant pots and DNA testing kits making them the top-selling items. According to Adobe Analytics, competing online retailers saw a 68% increase in their sales during the two-day sales event.

Amazon launched its voice assistant Alexa only a few years ago. And in that time, developers have now created over 30,000 skills for Alexa. A skill is anything Alexa can do when asked through a voice command such as checking the weather or buying a product on Amazon or checking the status of your Amazon order. Not only that, but Alexa now allows you to control over 4,000 home devices and electronics from just your voice.

Amazon generates over $410 million dollars a day in revenue. That is more than $283,000 per minute on average and over $4,722 per second. That shouldn’t come as shock to you at all as Amazon generated over $5 billion dollars on Prime Day, a two-day sales event, alone in 2018.

Even if you shop on Amazon every week, it’s hard to know how big Amazon really is. Hopefully, some of these stats we shared will give you an idea of how big Amazon is and how big their operations really are.

If you found any of these stats interesting or surprising, let us know in the comments below. 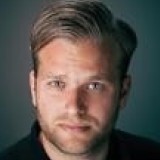 Founder and chief-editor at 10under100.com

Enter your name and email address to stay up to date on latest news, deals and freebies.

We hate spam too. We respect your right to privacy as much as we do our own.